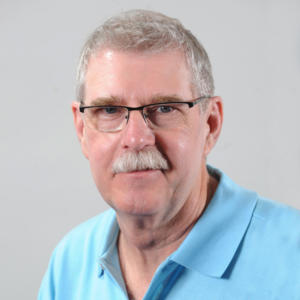 Charlie Tapp – a three-time winner in a 12-year career on the PBA Tour. Born and raised in Minnesota, he is an avid Minnesota Vikings and Twins fan. In 1988 he moved to Kalamazoo and dominated the local bowling scene. With a penchant for coaching and giving back to the sport, he is currently the head coach of the Aquinas College bowling team.

He joined the PBA (Professional Bowling Association) in 1978, winning his first title in 1983. He has three career PBA Titles, one career PBA Regional Title, two career PBA 50 titles and one PBA50 Regional title. In 2012 Charlie won the Michigan State Senior Masters. He cashed in 147 of the 359 PBA tournaments entered, making the TV finals 18 times and match play 76 times.

Charlie was inducted into the Michigan State USBC BA Hall of Fame for Superior Performance and is also a member of the Kalamazoo Bowling Hall of Fame. He has over fifty 300 games and over twenty 800 series with a high series of 826. His career high average is 237.