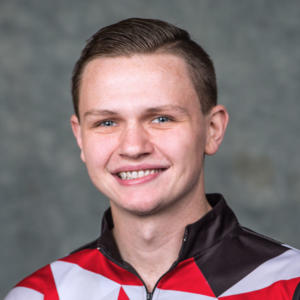 Joining Radical is very exciting for me. I am looking forward to working with Phil and Mo, and building the Radical brand together. I am a very analytical and technical player and believe signing with the most technical brand in bowling is a great fit for me.

Andrew has represented Team USA, and Junior Team USA combined for six years, earning several medals while representing the United States all around the world. He compiled an impressive junior bowling resume, finishing in the top five at Junior Gold multiple times, in addition to a Michigan State High School Championship. Andrew’s early success on the lanes led him to bowl collegiately at Davenport, where he earned the 2014 NCBCA Rookie of the Year honors before joining the PBA 2017.

A full-time coach at Turbo Tech in Chesterfield, Michigan, Andrew experienced a breakout year on the PBA Tour in 2018, earning the Chris Schenkel Player of the Year Award and the Harry Smith Points Leader Award. In 2018 he achieved his first two titles, including a major, the USBC Masters.

When not competing on the lanes, you can find Andrew spending time outside, boating, fishing, camping, and golfing. When the Michigan weather isn’t cooperating, he enjoys video games and of course, practicing on the lanes!